2021 makes the fourth NFL Draft in a row that a quarterback has been selected with the number one overall pick and since 2001, 16 of the 21 first picks have been quarterbacks.

The quarterback position will always been the key target in the NFL Draft as, typically, it’s the difference in being a great team and a bad team.

Key to remember though that the top overall pick isn’t the only quarterback selected. In 2021 alone, there were five quarterbacks selected in the first 15 picks.

Usually, it’s the later-drafted quarterbacks who have the most success. Since 2001, the only number one overall selected quarterbacks to win a Super Bowl are Peyton and Eli Manning. The quarterback with the most Super Bowl wins? Tom Brady; a sixth-round selection in the 2000 NFL Draft.

We may spend a ton of time talking about names like Trevor Lawrence, Joe Burrow, Kyler Murray, and Baker Mayfield, but based on recent history, it’s likely only one of those four, if any, ever make an appearance in the Super Bowl.

Speaking of Super Bowl quarterbacks, we are witnessing a “changing of the guard” in the NFL at the position. With players such as Drew Brees, Eli Manning, and Philip Rivers retiring in the last two seasons; Ben Roethlisberger and Matt Ryan losing a battle with Father Time, and legends like Tom Brady and Aaron Rodgers still at the top of their game, but getting long in the tooth, the next wave of quarterbacks is upon us.

While the league is actually rather young at the quarterback position currently with the majority of teams set with their “Franchise” quarterback, or at least, a projected starter under the age of 30, we all now how quickly that can change.

That doesn’t necessary mean that all these teams will draft a quarterback, or even need one as they could make trades, use free agency, or develop a quarterback that isn’t on anyone’s radar just yet.

Nonetheless, it’s a good sized list which makes it easy to look at the next crop of quarterbacks with the thought that many will be starters by 2024. Looking for the next Trevor Lawrence? As of now, there isn’t a “sure thing” guy like that on the watch list of now, but still some big names that’ll be available over the next two drafts.

We recently looked at the top 32 prospects on the Big Board and found a few quarterbacks that may go at the top of the draft and that list begins with North Carolina’s Sam Howell.

Howell is not a Trevor Lawrence-like prospect, but does remind a lot of scouts of Baker Mayfield. Standing at 6-1, 225-pounds, Howell has thrown for over 7,000 yards with 68 touchdowns at North Carolina under Mack Brown and as of now, seems like the top quarterback in the Class of 2022, but he has a bunch of guys right on his heels.

Speaking of Mayfield, another high quality Oklahoma prospect is projected as a first-round pick in Spencer Rattler. A redshirt freshman last season, Rattler had some ups and downs in his first season as a starter, but for my money, he’s the one must-see QB on the board for 2022.

Rattler is a playmaker and showed outstanding growth in the final few games of the 2020 season and plays in the same system that has created some outstanding NFL talent. Mayfield as well as Kyler Murray went from Oklahoma to the Heisman Trophy ceremony to the top pick in the NFL Draft; could Rattler be the next Sooner to do so?

Time will tell, but neither Rattler nor Howell is built like a prototypical quarterback which is where the name Kedon Slovis comes in.

Slovis, out of Southern Cal, is a classic quarterback that has thrown for nearly 50 touchdowns the last two seasons. Slovis will need to turnover the football much less, but if Slovis and USC get on the right track, there’s a good chance that teams looking for an accurate, polarizing quarterback prospect will select Slovis early.

The 2022 quarterback draft class isn’t nearly as top heavy as the 2021 class, but it is deeper as there is potential of eight quarterbacks to be drafted in the first two rounds.

Outside of Howell, Rattler, and Slovis; J.T. Daniels out of Georgia, Desmond Ridder out of Cincinnati, Tyler Shough out of Texas Tech, Carson Strong out of Nevada, and Matt Corral out of Ole Miss have shown potential to become NFL quarterbacks and all will have a great chance to climb up the draft board in 2022.

Plus, there’s always a name that’s not brought up much that makes a wild rise up draft boards. From Joe Burrow to Zach Wilson, quarterbacks are just a handful of great plays and wins away from going from unknown to potential first-round pick.

Jayden Daniels of Arizona State is a dark horse Heisman candidate that could gain some NFL attention while Malik Willis of Liberty already has some scouts trying to get a jump on what he could become at the next level.

2022 is a loaded defensive draft class, so if none of these quarterbacks grade high enough for some teams, this would be the draft to select a potential defensive superstar instead of reaching on a quarterback.

With players like Derek Stingley Jr., Kayvon Thibodeaux, Christian Harris, and Kyle Hamilton, it would make sense for a team that didn’t feel they were a QB-away from contending to reach with a top five pick with some future All-Pro defensive prospects available.

Feels like forever away, but hey, it’s the Draft after next and it doesn’t feature as large of a quarterback class, but features a class similar to 2021 with three big time players with high pro potential.

In 2023, the NFL Draft will be headline by a three quarterback battle for the top spot as Clemson’s D.J. Uiagalelei, Alabama’s Bryce Young, and Ohio State’s C.J. Stroud all already look like pro prospects entering 2021.

Wait, quarterbacks from Clemson, Alabama, and Ohio State?? Has this ever happen before?

Entering 2021, there will be other prospects that emerge this season that will be added to the 2023 Draft watch list, but as of now, it’s hard to imagine anyone passing up that trio.

The 2023 NFL Draft could be the next to feature three straight quarterbacks taken with the first three picks as we seen in this year’s draft. So, if your team didn’t get their “guy” this season, don’t sweat it: plenty of talent is on the way in the next two NFL Drafts at the quarterback position!

2021 NFL Draft: Live grades and analysis of every first-round pick
After months of rumors, smokescreens, and seventeenth editions of your neighbor’s mock draft, the NFL Draft is finally here. This page will be updated throughout the night with grades and analysis for every selection and trade. 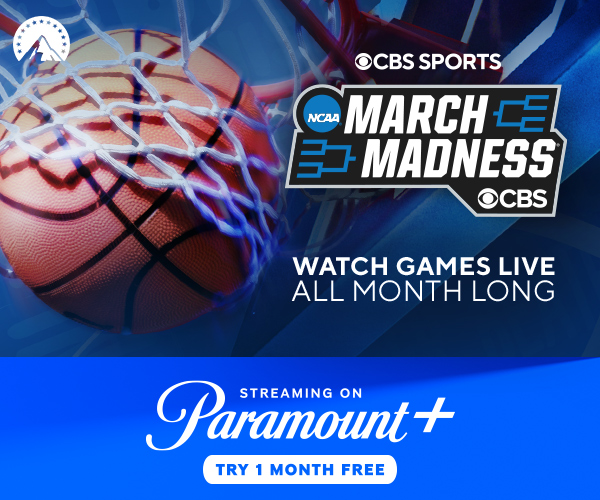